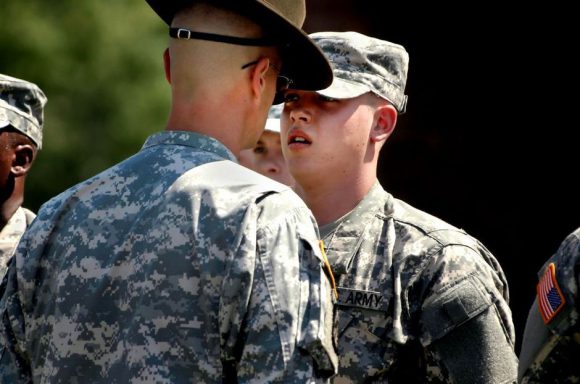 The Infantryman’s Guide on How to Survive Basic Combat Training 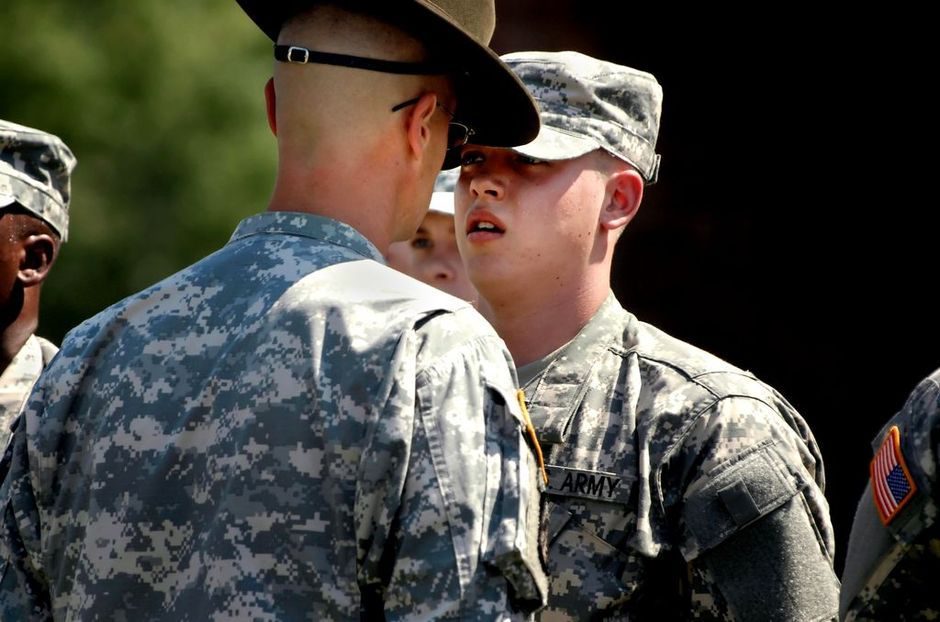 Basic training is not the funnest thing ever, but it definitely is a one of a kind, we can talk about it all day, type of experience.

Don’t be scared, but definitely worry about it because you’re in for a rude awakening.

If you’re like one of the dudes in my platoon that thought this was like a video game, you might want to read this post to the end so you know exactly how to survive basic training.

Go in there with the wrong mentality and you will be in for a world of hurt.

Well, you’ll be in a world of hurt regardless, but you can definitely survive as it is designed for you to succeed.

How Long is Basic Training?

As an 11B or any 11 series for that matter, it is going to take you 14-16 weeks to complete.Take any longer than that and you will be recycled to the next group of grunts, from which you can try to finish off from the part of the cycle that you failed to complete.

Where is Basic Training?

In the Army, you will be conducting basic training in Ft. Benning, Georgia.

Let’s just say that Ft. Benning has it all. From hot and humid, to wet and cold, you really don’t know what to expect from Sand Hill.

When I went, it was really hot and then woke up freezing my butt off, mine you I have never even seen snow in my life!

That’s really all you need to know in that department, but don’t follow these rules and you will be in some major pain.

1.) Ask Yourself if This is Really What You Want to do

I remember this one dude that tried to run away and how terrified this dude was.

We chased him down and asked him why he was trying to get out and his response was, “I thought this was like a video game”.

So if you think that you’re going to be running around with a bunch of gear without getting winded, now would be a great time to wake up.

The Army is not for everyone and the infantry is definitely for a special breed of human.

2.) Do some PT (physical training)

If you have not done any physical activity in the past couple of months, now would be a great time to hit the pavement.

As an infantryman, you know that you will be doing a lot of physical stuff and running is going to be one of them.

Be ready to do a two mile run, some pushups, and sit-ups.

Focus on those three things and life will be that much easier.

3.) You Don’t Know Anything

Forget about being Mr. Know it all because you are in for a treat.

I don’t care if you’re at the max age, you can have some 21 year old Buck Sgt. who will tell you exactly what you know, whether you like it or not.

Don’t think that they care about what you know because they really don’t.

End all answers with “Drill Sergeant” and you’ll be good to go.

Try to act like you know it all and you might very well be the person in tip #10.

I don’t know what your recruiter will be like, but most of them will tell you to get this and get that, to the point where you have a bunch of stuff that you will probably never use.

Bring your little brown folder that they give you and maybe something to keep you busy on the plane, but that’s about it.

Some recruiters will tell you to get a pair of shoes, some razors, socks, and all that stuff, but don’t even worry about that.

When you get there, they will issue you an “eagle card” that you will use to purchase EVERYTHING you need to conduct basic training.

Go there with a bunch of bags like I did and you will end up carrying twice the load and I’m sure you will have enough to worry about for the next 14 weeks.

Oh and, that eagle care you get, that’s your money, so don’t go blowing it as you will have that yanked from your bank account faster than you know it.

5.) Always Have a Battle Buddy

Going to the latrine (restroom)?

In basic training, you are going to be assigned one and most of the time it is going to be someone that you probably don’t even like, but just know that both of you don’t want to be there.

Over the course of BCT, you two will become closer and I’m sure you’ll miss each other once everything is done.

DO NOT go anywhere without a battle buddy, even if it’s just to use the latrine.

6.) Get Ready For Some Military Jargon

Forget about the bathroom and the kitchen and get used to things like “latrine” and “chow hall” as those are some of the terms you will be using.

You will be getting “smoked” and no it doesn’t mean you’re going to be rolled up and smoked like a cigarette.

This is just a friendly way of saying that you are about to be conducting some serious PT.

Your first smoke session will usually happen before you go down range (to your unit), but that is going to be nothing compared to what your real drill sergeants have in store for you.

I wish I could show you the face of my battle buddy who got us smoked for eating the cake, even if I didn’t even get to taste it.

That was one thing I learned from the lifers at 30th AG and it stuck with me all the way down range.

I ate all the cake and ice cream I wanted before we went down range as I knew there was no way that I was going to eat anything sweet no matter how bad I wanted it.

There’s always going to be at least one overachiever in every cycle and in the world of basic training, that’s not a good thing.

Try to be Usain Bolt and trust me, they will find another way to make you hurt.

All that will do is set you up for failure, so please just try to be humble for the 14 weeks you will be in basic training.

9.) Do Not Lose Anything

If they tell you that something is SI (sensitive item), do not even think about losing it, especially YOUR weapon.

If you thought that first smoke session was bad, try losing your weapon and you will know not to ever lose anything again.

Keep all your personal belongings and SI with you at all times and be ready to start tying down a lot of your stuff, to save you from losing anything.

I don’t care if it’s 30th AG, basic training, or AIT you NEVER want to be that guy.

For some of you, you might not have a choice so you will actually take on this role, especially if you’re thinking that this is going to be like some Call of Duty video game.

So what makes “that guy”?

It’s really simple actually and becoming this person in basic training is going to make things really complicated for you and you will most likely be the one who doesn’t graduate either.

Usually, that guy is really easy to point out as they are ate up since day one.

Once they get that first ass chewing, they will never recover and they will most likely take a lot of the heat from everyone.

Again, DO NOT be that guy.

Like I said earlier, everything is designed for you to pass, so if you do fail, it had to be that you gave up.

Don’t pass a certain part of the training, you will be able to retake it until you pass.

If you fail something serious like a PT test or something, you will get recycled to another class until you pass it.

Again, it’s designed for you to pass.

Well there you have it folks, the guide to surviving basic training for infantrymen.

If you still need help with anything or if you’re still nervous about things, don’t worry, you will have a lot of hands on learning.

Remember now, don’t eat the cake, do as you’re told, and do not be that guy.

Hey everyone! I’m John and I am a survivor. Just like you, I have encountered all kinds of problems in my life. For some odd reason, I have managed to get out of it one way or the other. I have held many jobs and I have experienced some of the hardest of times before finally landing on my true passion. Read more…

The Instablade Credit Card Knife By Survival Life Is Not Too Shabby
Next Post:How to Survive a Tornado – Common Sense Works Best