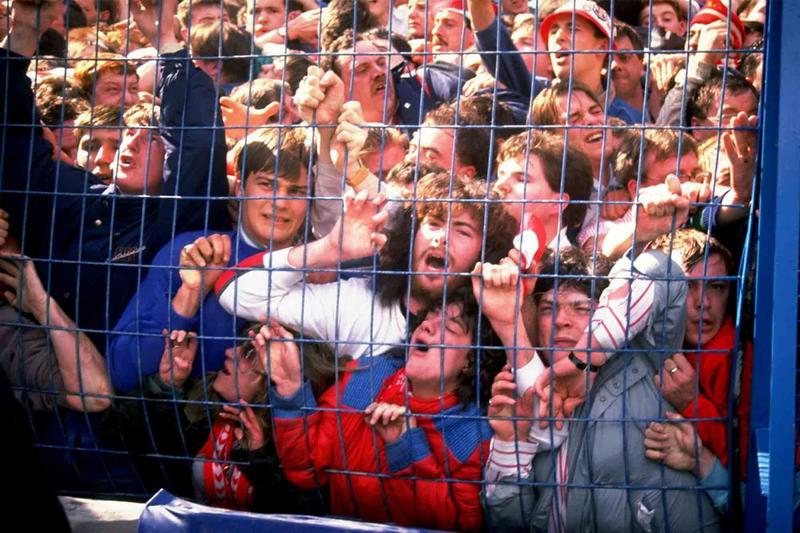 10 Tips on How to Survive a Crowd Crush

If you want to survive a crowd crush, it will require lots of planning before you get involved in any crowds.

Surviving a crowd crush is not the easiest thing to accomplish, but there are things to consider well before you get into one, all the way until you get caught in it.

When you think of a crowd crush, you can only think of the stampede in Seoul, Korea, and how many people died.

Personally, I think of the Hillsborough incident, which killed 96 soccer fans.

People were smashed against the fence, and even their bones were crushed.

People are insane and do crazy things that result in ” accidents” that can be prevented.

These instances don’t occur regularly, but when they happen, a lot of damage is done.

Lots of people panic, lots get hurt, and even worse, a lot of them die.

It’s almost a freak accident, but there’s a lot to know about them before you get caught in a mess and get hurt, or worse, lose your life.

So, before you go getting caught in a crowd crush, here are some tips to help you overcome such a tragedy.

How Do You Survive a Crowd Crush?

As an army veteran, I’m not even close to being a fan of crowded places, let alone being involved in a huge crowd of people.

Not only do huge crowds give you the potential to get caught in a crowd crush, but it makes you a very good target for other things.

For one, there are too many deaths that involve crowds of people.

The shooting on the Las Vegas strip is one prime example, along with the many mass shootings that seem to happen way too often.

I know this sounds obvious and confusing, but it’s true.

Trying to survive as a parent comes with its cautious moments, and staying away from huge crowds is one of them.

I know crowds are not avoidable, especially if you live in a city, but you need to understand the type of crowd you are in.

There is a time when things get too “crowded,” which is a sign that you need to find your way to a better location.

Hanging out with the wrong crowd can put you in danger, and unless you don’t value your life, you might want to think twice before getting in the middle of one.

2. Be Aware of Everything Around You

If you’re at a concert or in a crowd in motion, you might want to be cautious of everything around you.

Pay attention to what others are doing and how they act, as things can change in a snap.

If people start to act impatient and uneasy, that’s your cue to get out.

I’m sure having fun is your goal, but a night of fun is not worth risking being in the middle of everything.

3. Stay Away From Being “The First”

Everyone and their mothers want to be the first to do things.

The first one in line for Black Friday, the first to be at a certain event, and the first to post something on social media.

Being the first to do things might sound like the best thing to do, but it might also mean that you’re the first one to get hurt.

Put that pride aside, and avoid trying to be the first person to do something.

Crowd-crushing is not new and will happen much more if everyone feels the need to be “the first.”

It doesn’t help if you’re in a typhoon or trying to survive any other natural disaster.

If you want to survive, you’re going to need to stay calm.

The second you hit the panic button, things will go from bad to worse.

Keep it together, focus on getting things done, and then you can survive a crowd crush.

For everyone who drinks alcoholic beverages, staying sober isn’t the easiest thing to do.

So, if you plan on sipping on some alcohol, try to control yourself if you are at an event involving many people.

You increase the chances of getting into an altercation and set yourself up for potential hazards that can lead to a crowd crush.

Drink responsibly, follow your instinct if you feel something is wrong, and you will no doubt survive a crowd crush before it even happens.

Whether it be a police officer, security guard, or someone with some kind of authority, you want to make sure some security is in place.

When people see that there’s no security, what do you think they’ll do?

They’re going to want to break the rules.

Add alcohol plus the feel of acting crazy, minus security guards, and you have a recipe for disaster.

If you see that there aren’t any security guards or barriers, you might want to stay away from the crowd.

Once you find yourself in the middle of a crowd, your survival instincts need to kick in.

Now, you’re in the middle of a crowd pushing and shoving without regard for anyone around them.

That’s what you get when you have hundreds and thousands of people going in one direction.

Imagine if you’re the only one trying to go in the opposite direction.

Unless you’re the Incredible Hulk, the chances of you winning that battle are very low.

If you want to survive a crowd crush, you need to follow the flow

8. Stay on Your Feet

The last place you want to be if you’re caught in an uncooperative crowd is on the ground.

Not all of us are running backs for the Dallas Cowboys, but you need to try your best not to fall when a crowd is rushing in whatever direction.

Go in the direction of the crowd, all while trying to make your way out of it.

Some might not be aware of the dangers until it’s too late, but once you feel like your life is in danger, you need to exit stage left.

Try to act as if you’re a boxer so that you’re in a better stance, and it also gives your ribs space from getting crushed.

Remember how I mentioned that you shouldn’t panic?

That’s because you shouldn’t.

Breathe slowly and take a deep breath and exhale slowly if you do find yourself in some panic attack.

You always want to worry about yourself first, but do understand that there are situations where you will need to work together.

Surviving a crowd crush is one of them.

Make sure you’re staying on your feet and all that but help others to do the same.

“Stop pushing” is what you will say and what you want people to do, but it’s not going to happen most of the time.

Tell them to spread out, stay on their feet, and be calm.

Panicking is the last thing you want to do, so remain calm, all while telling others to do the same.

Your best bet in surviving a crowd crush is avoiding crowds whenever possible.

If you want to attend concerts and other crowded events, be prepared to deal with crazy crowds.

And, if you find yourself in the middle of a crowd crush, don’t forget the few tips that were just mentioned.

Not everything will go as planned, so at the very least, try to remain calm and focus on what you can do to help the situation.

Panic, and you will see how complicated things will get.

If you want to survive a crowd crush, follow some tips, and you will do that.

I hope this helps, and please do share any comments or questions you might have in the comments section below.

Just an ex-Infantry scout turned parent that has survived more than just deployments. With a passion for the outdoors and adventure, I’m always ready to take on any challenge. Even if it’s just a trip to the mall.

How to Survive a Week in Saipan: 10 Things You Should Know and Do