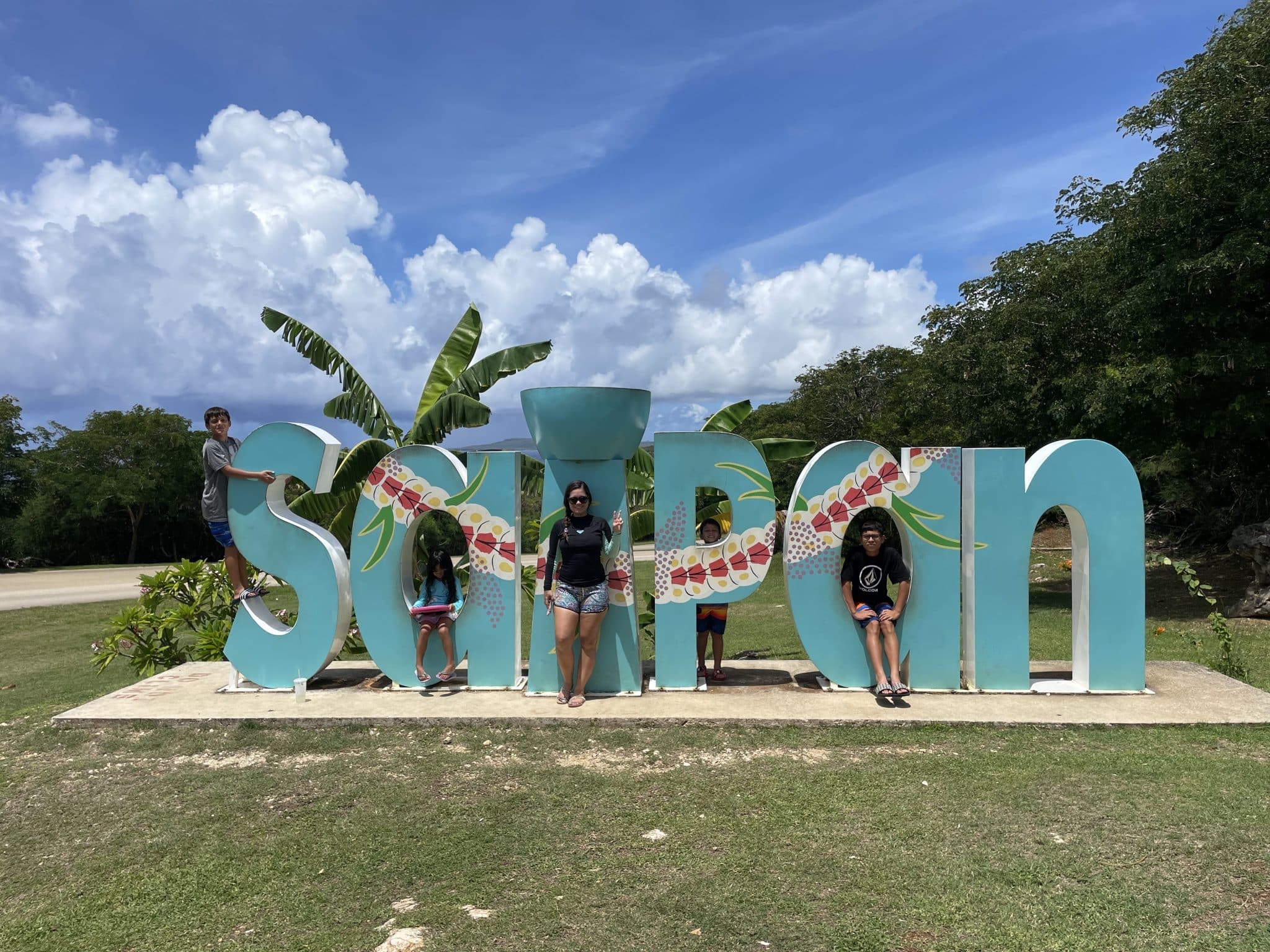 How to Survive a Week in Saipan: 10 Things You Should Know and Do

If you plan a trip to the Northern Mariana Islands, I want to show you how you can survive a week in Saipan.

If you plan to stay any longer, double up on what I am about to say.

This guide will show you what to expect, what to do, and how to do so without breaking the bank.

Saipan isn’t your ordinary travel destination, but it’s not complicated, either.

If you’re looking to get away (especially if you like golf), you’ll love the beautiful island of Saipan.

I’m not alone, so this trip involves the whole family and lots of parental survival.

In this case, it’s an island in the south Pacific of the planet.

So, I recently took a trip to Saipan (NMI), and like every other country I visit, I always try to find ways to spend less, enjoy more, and ultimately, stress less.

Travelling is no joke, especially if you worry about six people like me.

Like every piece of land we travel to, there’s not much we know.

Things You Should Know About Saipan

Not many people know that Saipan even exists, let alone know what to do there.

Although there are only 195 countries worldwide, many others exist but are hardly discussed.

And this includes the island of Saipan.

You should know several things about Saipan, and I want to go over the more important ones with you.

At the very least, you know you won’t be hacking through the thick jungle with a machete, as Saipan is very much developed.

Before you go wondering what you can do in Saipan, let’s ensure you’re trying to discover the right piece of land.

Saipan is part of the Commonwealth of the Northern Mariana Islands (CNMI), as they are a commonwealth that governs itself.

Several other islands form the CNMI, but let’s focus on Saipan and what we should know.

If you’re thinking you’re going to some big country, forget about it.

Expect to drive no faster than 45MPH and be prepared for some stop-and-go driving.

At just 12 miles long and 6.5 miles wide, Saipan will be one of the tiniest destinations you will ever visit.

The image above is from space, and you can get an idea of how big it is.

Saipan might be tiny, but there is a lot of beauty and a few things to do while you’re there.

Saipan is not the biggest island in the world, so there isn’t much space for many people.

With less than 50k people living on the rock, it’s hard to think there’s actual life there.

However, an entire culture of people dine out, attend schools, and have a complete government running the island.

It’s just good to know that there aren’t going to be millions of people invading the little space you have.

Food Portions Are Huge (In most Places)

I’m not the biggest eater, but I have an army to feed.

Thankfully so, Saipan restaurants do not hold back.

If you are hungry, be prepared to get loaded with food.

KFC serves fried rice for breakfast, and boy, were they generous.

I could feed my family with just one order, but I got three without knowing what to expect.

Taco Bell wasn’t any different than any Taco Bell, but for some reason, they served a lot more than regular Taco Bells.

Rice is a staple in Saipan, so get ready to indulge in something that all islanders use to eat with most dishes.

If you want some good American food, we liked American Pizza & Grill, which seems to have changed over the course of a few months.

There were some bad reviews on Trip Advisor, but trust me, this isn’t the same joint from just a couple of months ago.

When travelling to another country, it’s always a great idea to know the type of currency they use.

Japan has the yen, the Philippines has the peso, and Saipan has the good old United States dollar.

This saves most of you from having to exchange money, but it’s best to know beforehand, so you have one less thing to worry about.

Things to Do in Saipan – Survive Boredom

With an island so small, there isn’t going to be much to do.

However, that doesn’t mean it isn’t worth visiting Saipan.

Sure, you won’t find Disneyland or some colossal amusement park, but that’s not why you go to a tropical island in the first place.

Who needs an amusement park with beaches all around you (literally)?

As a family, we were able to do a lot more than most, and that’s because of our exploring and survival spirit.

If you aren’t a golfer, then, of course, this isn’t for you.

My family and I love the opportunity to check out the many golf courses in the world.

Saipan has one of the nicest golf courses you will ever play on.

The Laolao Bay golf resort is a fantastic course you should play on if you plan to visit Saipan.

The East course overlooks the ocean, and it will take your breath away.

Two holes go over the ocean, but I believe four other holes overlook the ocean.

The west side has a view of the mountains, and the course is well-kept.

You must find time to play at the Laolao Bay Golf course if you love golf.

Bird island is exactly what you see in the image above, but it’s one of the sites you should visit.

It’s called Bird Island, but you won’t find any birds.

Okay, maybe one or two, but you won’t see any flocks.

As to why they gave it that name, I can only guess that a bunch of birds once lived there.

For whatever reason, it’s worth paying a visit.

Swim at The Grotto

If you want some fun in the water, the Grotto is one place you need to visit.

It’s a major tourist attraction and allows for good swimming.

Not to say that you can do much, but you can see the cave, some blue water, and a little exercise on the way back up the stairs.

It’s worth checking off your list, and you can always say that you’ve been to the Grotto.

If you’re looking for some history on Saipan, Suicide/Bonzai Cliff is where you want to go.

It’s a very nice cliff, but I’m sure you can guess why it got that name.

It’s got some history behind it and is now a prevalent spot for tourists.

I can’t find any pics on my phone, but I will add them later.

For now, Bonzai cliff is another spot to see.

How to Survive Saipan on a Budget

Whether you have money to throw away or not, there’s always a way to save.

Saipan is not cheap.

Getting things will cost you some money.

If you plan on going with just $50, you might want to save your trip for another day.

For a week’s worth of living (not including your rental), you might want to have at least $500 at your disposal.

Check out some Airbnb’s as the hotels aren’t your cheapest options.

We stayed with “Mimi”, a long-time Saipan resident with a nice “secret” place that overlooks the ocean.

You also get a very nice common area with a pool table showcasing her artwork.

I didn’t intend for this article to be that long, but I guess a lot needs to be said, even coming from a small island.

Overall, I loved Saipan, and I plan to return in December.

I have yet to try the Coral Ocean Point golf course, as there was a tournament going on when I was there.

I will be adding more to this post after I find the images I need to add, as there is also other things I need to talk about.

Other than that, enjoy your time in Saipan and please share your experience in the comments section below after.

Oh, and don’t forget the sunscreen.

Just an ex-Infantry scout turned parent that has survived more than just deployments. With a passion for the outdoors and adventure, I’m always ready to take on any challenge. Even if it’s just a trip to the mall.